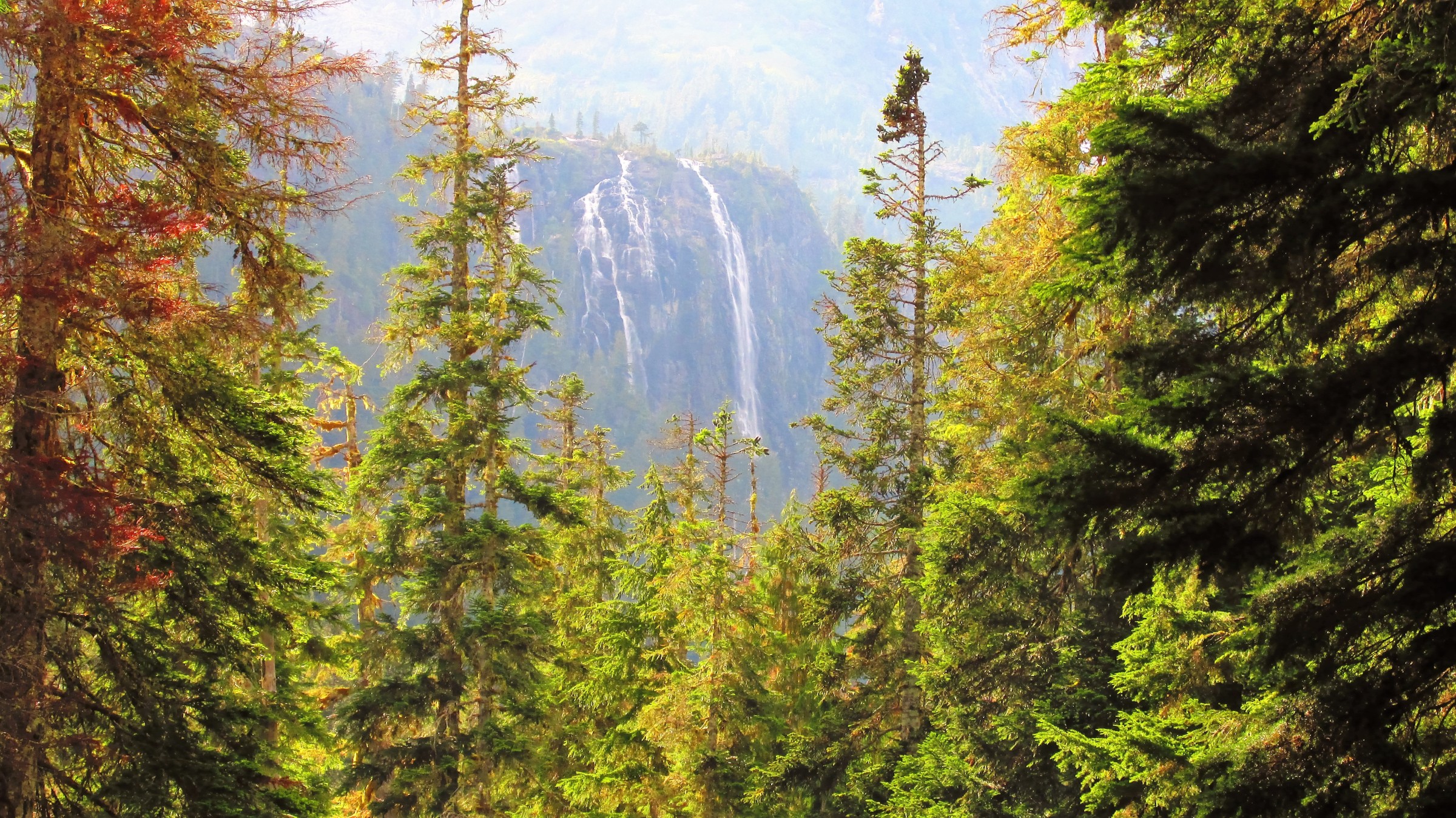 I was sure glad to have properly prepared for my hike to Della Falls in Strathcona Provincial Park last summer. Friends and I knew that once we started hiking from the trail head, it would take four to seven hours to get to the base of the falls, so we gave ourselves three days to do it. We didn’t want to feel rushed, and none of us are hardcore hikers.

We decided that mid-July was the best time to go. The falls are at their peak, and the snow is completely melted. After debating whether or not to hire a boat taxi, we decided to go for it. A man named Ben Potter was handling the circuit, and he charged $120 round trip per person (more if you had fewer people in your party) plus $20 for a dog. I believe he’s retired now, but it looks like a new guy has taken his place. I was surprised by the cost for the water taxi, but it’s a 45 km trip through Sproat Lake. Canoeing to the outpost would have exhausted us.

The only thing that wasn’t used was the water filter. The water up there is glacier run-off, so we drank right from the streams.

We arranged for an 8 AM boat ride on Friday, July 15 and set up a return for 2:30 PM on Sunday, July 17. We were late on the Friday morning, but fortunately, Ben waited for us. When we got there, he saw our hatchet, and advised us that you can’t have fires in Strathcona Park. We still had a fire each night with no issues, so maybe just keep that on the down-low.

Once we got to the trail head, we set off. At first, we adhered to the “keep your dog on a leash” advisories, but that became annoying. My dog stays close, so we didn’t have any issues letting her off leash. Nor did we see any wildlife while on the hike. That could be because we had a bear bell jingling the whole time.

The first third of the hike went by pretty easily because it was mostly flat. The bugs were bad though; as soon as we stopped moving, they moved in. We were glad we brought repellent.

The second tier of the hike had a steel pulley for getting over rapids. The pulley is stiff, and I couldn’t have gotten to the other side alone. Fortunately, I was with a couple of strong lads. 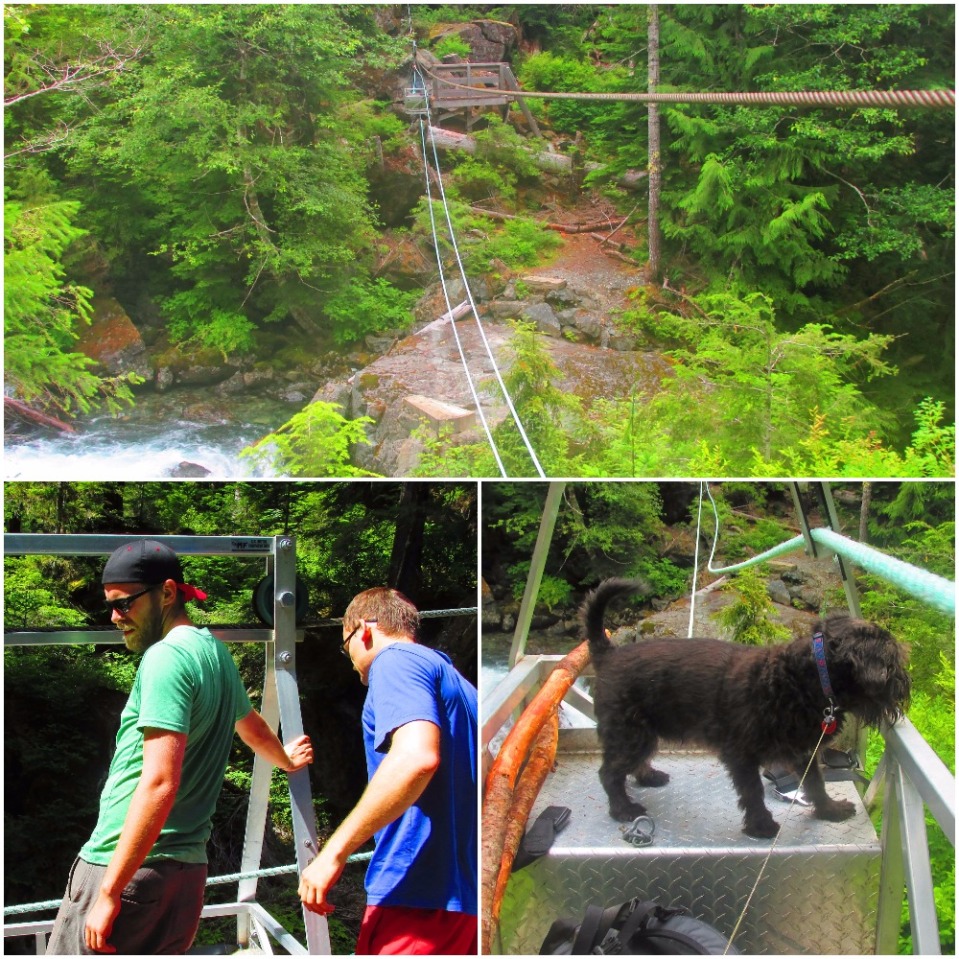 The next obstacle was a series of foot-bridges that went over rapids. These were pretty fun and quite sturdy. 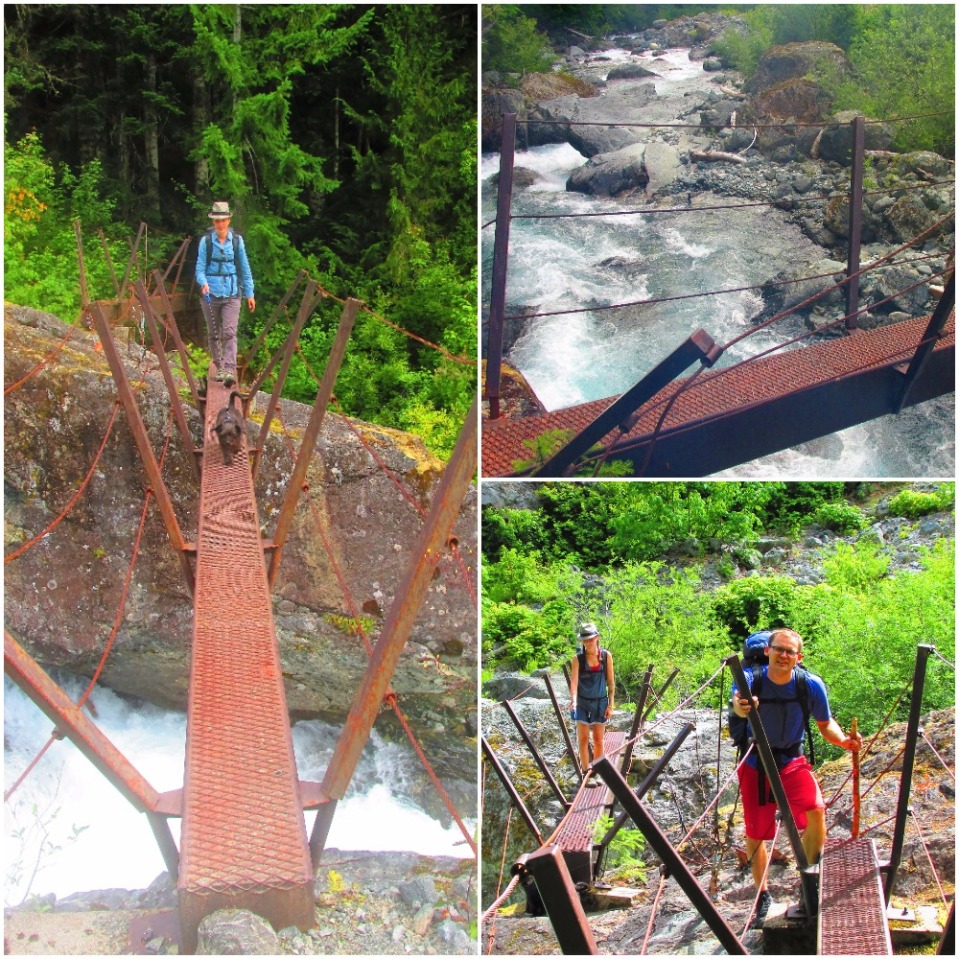 There is one boulder area that you need to be prepared for. If you don’t have grippy hiking boots, it’s pretty dodgy. And if you have a small dog, you’ll need to carry the dog over the boulders. My dog was quite pleased with this, as it gave her wee legs a break. 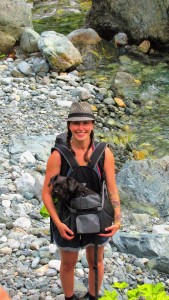 The falls aren’t too far beyond the boulder area. About 45 minutes before the base, there’s a popular camping spot that was pretty busy when we passed through. Exhausted, we were tempted to set up camp there, but we trekked onwards to the base of the falls.

The camping spot at the base of the falls was empty, which was pleasant after such an exhausting hike. The view was phenomenal. The falls are incredibly high, toppling down a 440-metre cliff. They produce a lot of mist and are surrounded by vegetation, giving the area an ethereal look. Equally impressive to the look was the sound. Falling asleep to the sound of waterfalls was an experience I’ll always cherish. 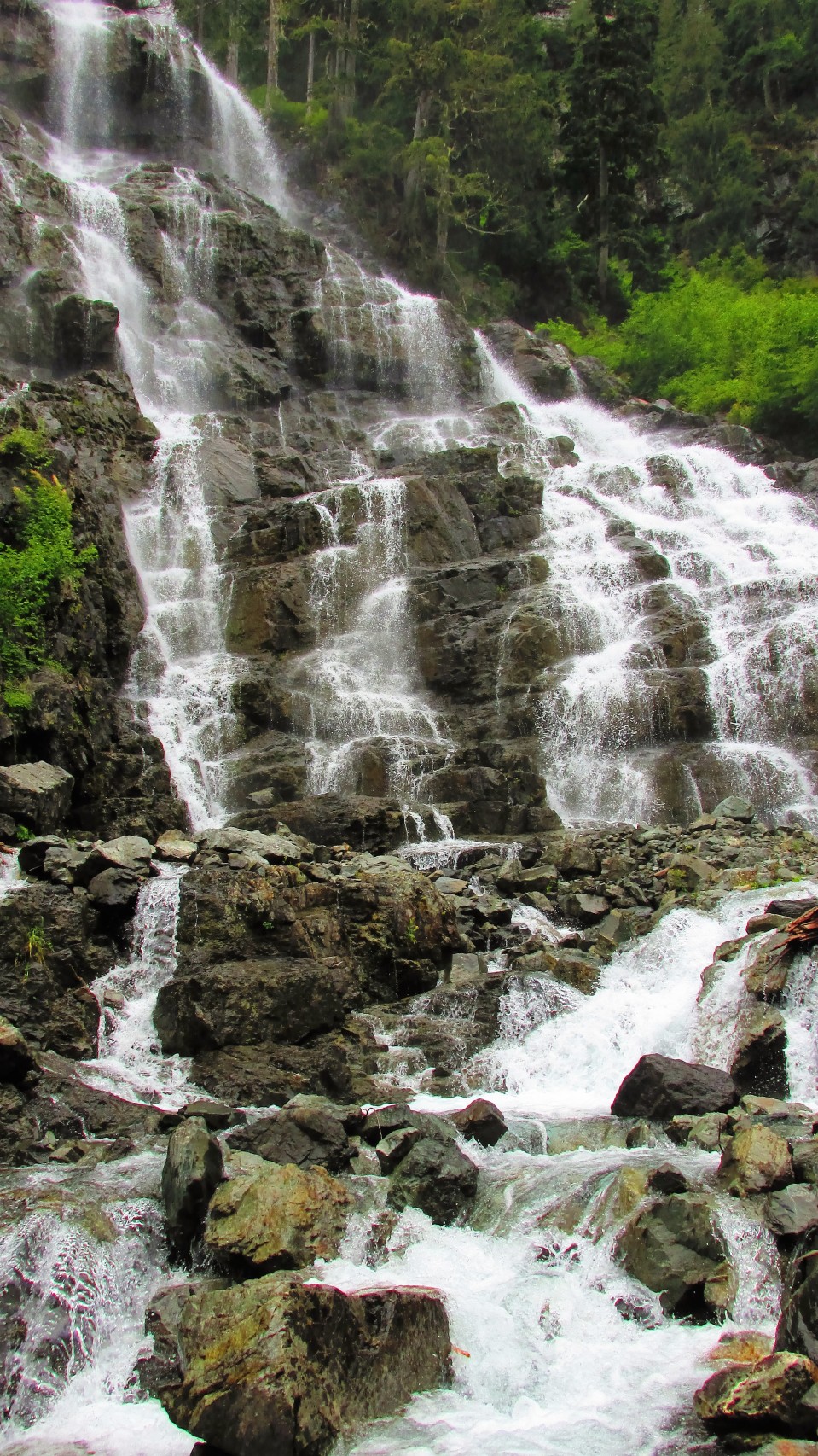 One Comment on “A Non-Hiker’s Experience Hiking Della Falls”