What To Do With An English, Communications or Journalism Degree

Unsure of what to do with your degree? While future employment options may not be obvious during a Classical Studies classroom debate, most industries are in need of employees with highly developed communication and analytical skills. To help get some ideas flowing, I spoke to eight professionals who’ve graduated with an English, Communications or Journalism degree. Read on to find out what they’re up to now.

Media Analyst and Web Publisher for the Privy Council Office

With the rise of digital media, companies are now responsible for managing their online presence, and the Privy Council Office in Ottawa is no exception. Justin creates, edits and publishes multimedia updates for the Canadian ministry support bureau.

Archives Assistant at the Canadian Museum of History

Who could be better suited to conserve and curate literature and historical documents than literature majors? After obtaining his Master’s in Library & Information Science, Justin has worked in support roles for various Canada Archives locations.

Justin’s gift for storytelling has manifested in a side-career as a stand-up comedian at local comedy clubs.

Phil graduated with an English degree in 2007. Wanting to complement it with training in the non-fiction realm, he completed a Journalism diploma three years later. Phil worked  as a reporter, sports editor and copywriter, before moving to Dubai to work as a senior copywriter for Landmark Group. His current role involves managing the publication of digital content, including e-commerce sites, press releases, web pages and videos.

Phil is part of local art scenes wherever he goes; he does improv, acting, screenplay writing, video directing and singing. 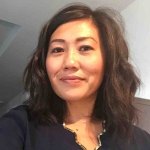 Since graduating  with a Professional Management and Marketing diploma in 2009, Levan has worked in publishing, copywriting and content marketing, overseeing various departments and teams. Her current role with Lightspeed, a POS and eCommerce solutions provider for retailers and restaurateurs, allows her to  combine her love for writing with cooking and shopping. 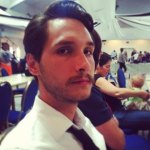 Vance has been heavily involved in the Ottawa music scene for several years, playing the drums on 10 different albums for various bands. 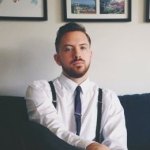 Adam works for Pagemaster North America (PMNA), a subsidiary of the Canadian Press, publishing digital content for the Globe and Mail, and Yahoo Canada Sports. He has worked as a reporter for the Ottawa Citizen and was the editor-in-chief for his university newspaper.

As a musician, Adam has spearheaded several bands while living in Ottawa and Toronto. He writes lyrics, composes music, sings and plays guitar. 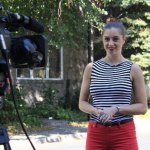 Anna is the face of the media in Crowsnest Pass, Alberta. As a reporter, she covers everything from local politics, community events, sports, business and RCMP stories. She’s fluent in English, French, Russian and Spanish.

Rayan has worked as a lifestyle and entertainment reporter, a managing editor, and is currently a copywriter for Crow & Barker in Montreal. He collaborates with graphic designers and art directors to develop marketing campaigns for clients in the gaming industry.

Press Secretary to the Leader of the Ontario PC Party

A PR specialist with nine years of experience, Nick has brought his communications skills to the political realm, working as a speech-writer with a specialization in crisis communications. He’s a ghost-writer, whose work can be seen in the National Post, SunMedia, iPolitics, Huffington Post, Ottawa Citizen and Financial Post.

When he’s not in the office, Nick enjoys travelling; his latest exploits brought him to northern Vietnam, where he wrote “Lost in Vietnam” for Sidetracked Magazine.